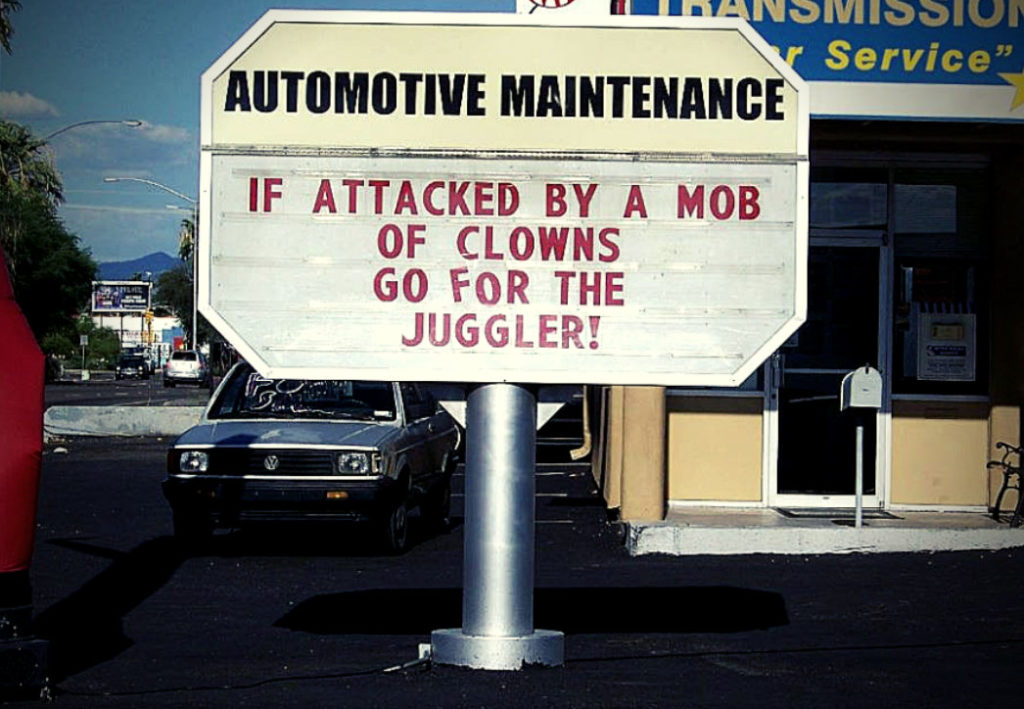 A few years back, we started working with a shop that had 3 locations in the same town. Which meant I had to speak to the owner and then GM’s of each of the locations. It was 4 times the amount of work, for the same amount of pay as one shop (I wasn’t too good at bidding back then) but I learned so many lessons that over time, it became worth it. Even though they had the same owner and same name and had been in business for over 25 years, each shop was completely different. They had different amounts of tech’s, different amount of bays & configurations, different car counts. The one thing they had in common was competitive GMs. These guys hated each other (in a good way…I think) and wanted to outdo the other shop’s in order to win their owner’s favor.

Well, the GM I ended up talking to the most was…let’s call him Jimmy. Jimmy ran the location that was not the best one but not the worst one, but the one right there in the middle. We’ve all heard of the middle child syndrome right? Well Jimmy, was just that, the middle child and he would do whatever was necessary to get noticed and standout amongst the other 2 GMs. This was sometimes a good thing and sometimes a bad thing..but mostly good. He especially wanted to overtake the top location in car count.

I wanted to help Jimmy achieve his goal while staying as neutral I could, (Remember I had to answer to all these guys AND the owner) so this forced me to really have to think outside of the box. One day I asked Jimmy, “what does your shop have, that the other ones don’t?” After giving me a laundry list of things that gave the other shop’s an advantage (location, equipment, female service writers, etc) he finally said “Skip, the only thing I got that the other guys don’t is the damn marquee sign box!”

We’ve always preached to our customers that every repair shop is unique and tried to highlight whatever makes them different as a means of standing out amongst the competition, which in this case was his co-GMs. The only time I remember taking notice of one of those marquees was a dry cleaner in the town I grew up. It was a raggedy old looking business on a busy street and it was well known for posting funny jokes and limericks on their sign. So we started brainstorming different jokes that we’d liked or had seen on the web and every Monday we’d have a call and decide on a new one. We weren’t thinking of it as a way to drive traffic to the shop but more as a way for him to get under the skin of the other shop’s and GMs.
However, one day, the phone starting ringing off the hook. His appointment maker crashed and all h*** had broken loose. I checked his site analytics and they were off the charts, while the other 2 shops were at their usual clip. What was going on?

Whatever it was, we were obviously fine with, but as a marketer I needed to know. I needed answers, and not just for when the 2 other GMs called to complain, but also for when the owner reached out. It turns out that that the town where the shop’s were located had a popular Facebook Page called “Keep *****sville Weird” and they had decided to feature the joke’s that had been featured on the sign. They’d tag the shop which exposed it to the Page’s 5K in followers which funneled traffic to the site, and eventually the shop.

I love telling this story to my customers because it always gets the “lightbulbs” to go off. Typically business owners (and human beings in general) try to shy away or over compensate for their differences, when in most cases, they should embrace them and even lean into them a little. Typically, it’s whatever makes us unique that people are drawn to. Think about your favorite car that you’ve owned past or present. I bet what you loved about it was something that made it different than the other years, colors, models etc.